Recently I was invited to a wedding in the mountains of West Virginia. I was not going to miss it. A beautiful place, the most magical time of year, autumn with the leaves changing, and a chance to take a road trip in the Storyteller Van. Sign 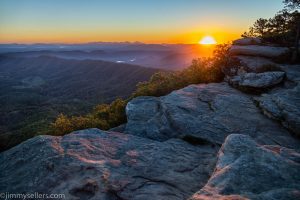 me up. The wedding was adorable, a cute little family of Juggalos. It was absolutely perfect by all standards. These young kids today kill me with their creative ideas. I spent a few days in the area, around the 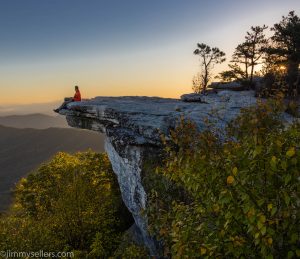 wedding date. I woke and hiked in the dark up to McAfee Knob in Virginia for sunrise one morning. The Knob is spelled Mc and not Mac, so it is pronounced with the common Irish Mc pronunciation. Some of my idiot friends say it with Mac in front, like some kind of Scottish garbage people. McAfee Knob is one of the most iconic and photographed spots on the Appalachian Trail. I

have seen all kinds of pictures and I wanted to make my own. I did OK with the photographs, but I had a blast doing it. I also played a few rounds of frisbee with some other wedding-going pals. It was a 100% successful trip. There are a bunch of pictures located HERE.

traveling to Alaska. Bad timing. That left me with some days to run amuck in Alaska with no one to answer to, and nowhere specific to be. Of course, I wanted to play frisbees in Alaska. I headed to Kincaid Park on the edge of Anchorage, and apparently the edge of Planet Earth. I got a few holes in and I threw a perfect toss off the tee. My initial reaction was fantastic. Right where I wanted it to be. I get close to where my frisbee and the basket are, and I see another frisbee right next to mine, someone left one out in the open. It would not have been hard to find, it appeared 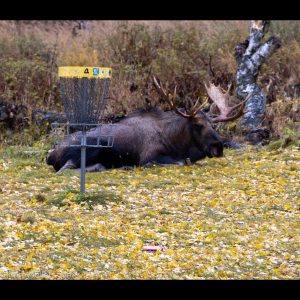 almost…abandoned there. Left behind for no reason, or maybe there was a gigantic reason. The first thing I thought of are those homes that people walked out of in gold mining towns. Perfectly working homes and communities, walked away from. A perfectly good throw, a kick in birdie, and someone just “walks away” ?

All of this happened in a second in my mind. The next second I glanced further along my walking path and past the frisbee basket. 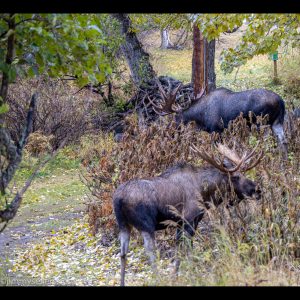 There was a giant moose laying there paying no attention to me at all. I was within 20-30 feet of this moose before I realized it was there. He watched me walk toward him the entire time. It appears that moose would have had the upper hand, if it came to a fight.

I knew I was not going to get my frisbee in that moment, I was hopeful to get it later in the day, when a moose was not laying on top of it.

My instincts on what to do next kicked in. I walked all the way back to the car, got my photography gear, and returned to the scene. It was about a 20-minute stroll, the moose did not move a muscle. I was able to take some pictures from all angles. From one angle, I noticed a second moose, almost as close. I would never be that close to a moose on purpose! These Alaskan Meese are sneaky! I again seek safety and finish taking pictures. 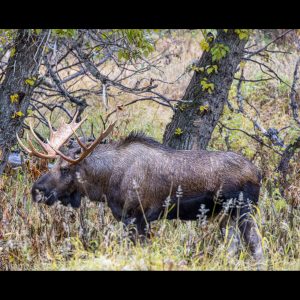 I realized how great seeing moose in the wild and taking pictures of them were later that night. I was playing frisbees on the edge of the land, with an airport nearby. I had the opportunity to make a picture of a plane taking off in the background, with a frisbee basket in the foreground, and views of the ocean and mountains in the same scene. That would have gotten me at least 20 instantgram likes from frisbee golfers. I had it all planned out, it was going to be an amazing shot! I saw moose and forgot to do this airplane plan, altogether.

All the Alaskan pictures are HERE if you want. 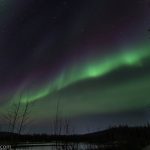 trip. The night skies were mostly terrible for the week I was there. I was lucky with 1 great night to see the Aurora. Other than that I had nothing to commit my time. So I wandered Alaska between Anchorage, up to Fairbanks and beyond, then almost to Seward. I can’t wait to do it again.

I took a bunch of pictures, and have a few great memories I am 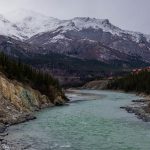 trying to get the courage to share. Pictures are HERE if you are interested. Thanks for reading. 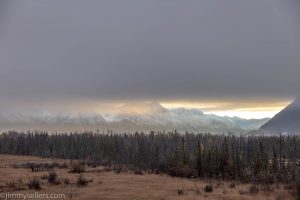