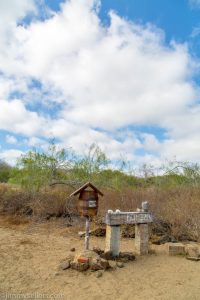 We were lucky enough to go to the Galapagos Islands in Ecuador and Machu Picchu in Peru. We spent a week on a boat in the Galapagos, and almost a week bouncing around Peru, culminating in the finale at Machu Picchu. Some pictures are HERE.

It is no secret that this trip is not what I expected. I thought the Galapagos Islands were going to be an adventure trip. I am super happy to have been there, and that we are lucky enough to be able to go places like this. It was really unique to see the Galapagos Islands and the animals that only live there. But the trip was anything but adventurous. It was a lot of very short nature walks and the edges of the islands. Just not what I expected to be doing for a week. The entire trip was worth it for the single day we spent at Machu Picchu. The highlight was the hike up to Huayna Picchu, and from there looking over and down at the entire Machu Picchu village and valley. The Andes Mountains in South America make the Rockies look like sissies. Machu Picchu itself was just completely overrun with people and felt like a cattle wrangle at times. Again, tremendously grateful to have been able to even be there. The experience loses appeal each time I see some slut doing hair and makeup for a selfie at Machu Picchu.

I decided I would much rather spend 12 hours with 1 other person, walking to the top of a mountain, just to be the only people there.

Some pictures are HERE.

I stumbled upon this neat feature of earth, it is

Moonrise over the Badlands in South Dakota⠀ -⠀

Daytime at the Badlands in South Dakota. It was ab

This is one of the most difficult places I have go

Is this little blonde buddy staring right at me? T

You thought your YCMA was the coolest? Think again

Beautiful little pull off on the road to the Cog T

My first attempt at taking pictures of fireworks t

It felt great to walk to the top of something, and

Definitely the most fascinating thing I have seen

Washington DC to myself. At most, I saw a hundred

At almost 58 years old, how did I just now acciden

I guess this just proves you never know when, or w

The fuzz tried to stop me in Leipers Fork, Tenness

The obligatory picture that has to be taken after

I can’t believe how big these saguaro cactuseses

I lie all the time, this is not a lie. Just a few

Driving through New Hampshire and we spotted this

Corona New Mexico was invaded by aliens when I rec

A really surprising find. A park that made me chan

Some lovely scenery for the end of the day, and th

Boothill Cemetary near The OK Corral, in Tombstone

Traffic looks light on 95. Lucky them.⠀ Thanks @

This got lost in the draft box somehow.⠀  This

I found this geocache called Snake Hideout. I was

This sun was trying to stay alive this evening. Ev