I woke up a bit later than normal this morning. Between a late rise and daylight savings, there was a bit of glow to the sky this morning when I stepped into our closet to chose the attire I would adorn while tackling today. I got a view out the window of something in the front lawn, I had not idea what to think. I meandered down the stairs and got a better view of what looked like a front lawn that had been TP’ed. Once I made it to ground level and was able to focus outside into our front yard I saw what looked like an overturned trash can with litter spewed about. My brain went from “great, we got post-Halloween TP’ed” to “marvelous, I have to go clean up someone else’s garbage”. When I finally got myself ready to go outside, I started to walk around the front of the house. It became clear that whatever I was seeing was no accident, it was no post-Sandy debris, it was nothing done in malice by the neighborhood toughs…it clearly was something methodically and tenderly placed. My first instinct that kicked in was remembering that today was my wedding anniversary. I thought how sweet it was of Wifey to wake up in the middle of the night and place something in the front yard for me to see first thing in the morning. That lasted about a second until I realized how many flaws were actual in that single thought.

As I made my way around the corner of the driveway it became clear what had happened. Someone had pranked the local Oil Baron pretty damn well. I jumped to an immediate assumption of who was involved, but my assumption jumping was incorrect. Not only is there no time in the lives of the originally accused, creativity and spontaneity have also gone missing. It was only a few minutes later that the actual culprit was positively identified. That culprit will pay dearly. Lots of new evidence is coming in almost every minute. Apparently the voting has been suspended in our area to divert all resources into apprehending and punishing the guilty parties. The joke is on the Middle-of-the-Night-Marauders though. We don’t support any party. I refuse to vote until there is an app on my phone for that. I can’t see a reason to have to leave my home for something so silly. 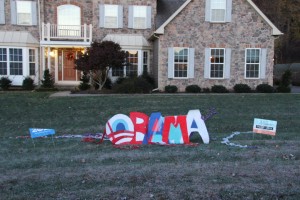 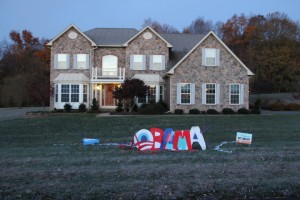