We woke up in Arusha, Tanzania. How did I get here? We had nothing planned to do for the day, so we slept in late, enjoying having no itinerary. We had some more of that great coffee that was grown right outside our front door. I felt bad drinking the beans from plants that watched us sip away at their relatives.

At noon we met back up with SP, our new best friend in the whole world. He agreed to show us around town today and taste some of the local flavors. Agreed is the Swahili word for hired. First he took us through town. Arusha is quite a hustling and bustling place. It is just like we pictured an African town to look, baskets on heads, babies on backs, roadside markets, and everyone is moving fast with no definitive destination. It was an odd combination of backwoods looking town, miniature city, and authentic African tribal. The driving here is insane. I love a challenge when driving, especially in the big cities where it feels like I am playing a video game. But the situation here is on an entirely different level. I felt like I was watching a crazy movie chase scene in first person. Very exhilarating. We next went to the tanzanite museum/history center. It was very interesting and full of great information considering our personal connection with tanzanite. Knowing the history makes it that much cooler to have some, and to have stumbled upon it by accident while merely trying to find Wifey some pretty bling many years ago. I started buying it for her years ago simply because it caught my eye. It is a single generation gem that is only found in this one place, at the base of Mt. Kilimanjaro. They started mining for it about 30 years ago, and it won’t last much longer. They claim it is much more rare than diamonds. For some reason a rich white lady gets the credit for discovering the tanzanite mine and bringing it to the rest of the world. Luckily I did not bring our credit card and left without making a silly expensive purchase.

After tanzanite city SP took us to lunch. We asked SP to take us to wherever he would have lunch if we were not with him. He thought we were kidding at first, but we were not. We wanted to see and eat local. He had to stop and do some money converting because we wanted to eat where the locals eat and there would be no taking of our filthy US money. We definitely stood out in this open-air food joint. Everybody that saw us did a double take, we were the only white people we saw for hours. Nothing unfriendly or hostile, they hardly cared we were there. The best analogy I can think of is when I see a black guy on a ski slope. I do a double take, and think to myself, what is he doing here? Then I never think of it again. But it is something that is definitely an eye catcher. I look, think how strange that is to see, and then forget completely about it. We liked our food, pretty much just staples prepared with local flare. Over lunch I asked SP if he ever heard of geocaching. He had not. I did my best to explain it to him, I think I did a pretty good job. I think what mainly caught his interest is when I called it “treasure hunting”.

After lunch SP was most accommodating to take us where the only geocache in Arusha is located, and one of only a few within hundreds of miles. When we arrived at GZ we spotted a security guard. SP explained to the guard that the silly white tourists were here to “sign something”. He said it in Swahili and this was my best translation. The guard was very pleasant and handed the container through a fence to us. We signed the log, took a few pictures, and made our way back to the car. I don’t think SP believed us that there would actually be something at the location when we got there. He is now a believer. SP seemed to enjoy the treasure hunt more than I expected. He commented how he could not believe there was something so close to his home like this that he had no idea existed, or never heard of. I told him thank you for helping us, indulging me in my stupid hobby, and reinforced how happy he made me.

After that it was on to a local culture center. That is a fancy term for a place to drop off tourists and hope they buy shit. We thought it was going to be a real museum or cultural experience. It was not that. Wifey bought the required shit and we headed out. SP drove us around town a bit more with no destination until he dropped us back at our place. SP made for an enjoyable day in a place we probably would never have ventured alone. Some good food, lots of information, great sites, a geocache, and fun conversation.

I love knowing that the language of laughter is 100% universal. 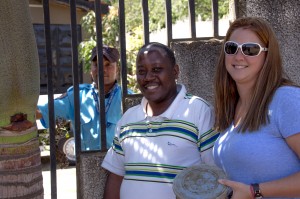 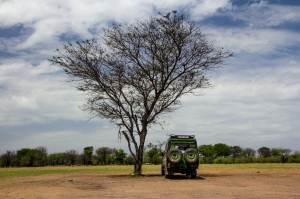