Wednesday day 3 at Ultima Thule. Way too many pictures HERE, but it is hard to narrow down and weed out the awesome views from the other amazing views. If it were even possible, I would say that today was a highlight day for me. It is just dirt, rocks, and water. 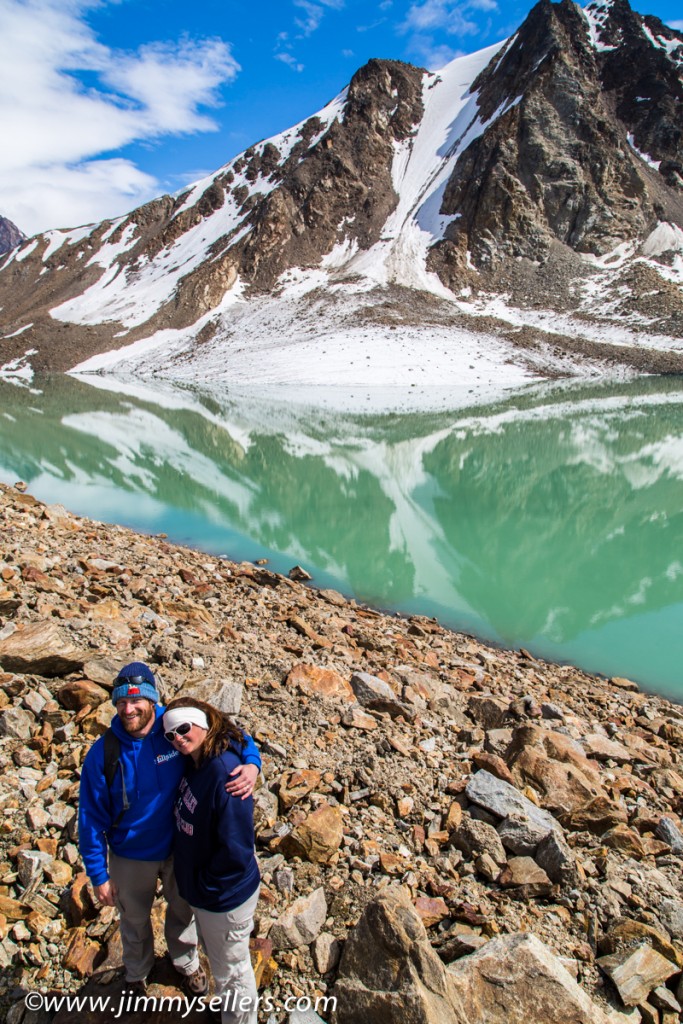 It’s not pretty, but damn it’s beautiful! Today was spent flying around again with Paul Claus, the captain of this compound. We have decided that he is definitely the world’s most interesting man. He would easily win a contest for the baddest man on earth. Disclaimer, I say that not being one of his children or employees 😉 Most of the day was spent walking on ice of some kind. To start we flew through a narrow canyon while Paul told us a story about an old cabin they found years ago. It has since collapsed, but you can still see where it is. When they first saw it they landed and found a sign on the door that said “left in good health 1926”. He said the oddest thing was there was evidence of a lady living in this cabin. There was a mirror, a dress, and high-heeled shoes. Some lady needed to look good even though she was a million miles, and a 4-week walking trek from anything. Our first landing was on a small glacier. Small is a relative word up here. You can’t see either end of it from the ground or sky. The top we walked on looked like slush we have back home. So the brain was telling me to tread lightly it might be deep or slippery. The reality is it is just like walking on blacktop. We saw very fresh grizzly bear tracks in new, over night snow. Paul said they were definitively from today. Never saw the bear but we followed the tracks for a bit. We each took turns kneeling down and drinking glacier water. So delicious and refreshing. 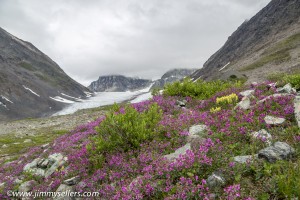 From there we went to a meadow in a valley surrounded by mountains with an awesome stream running through. I’m sure this analogy is overused here, but it looked like The Sound of Music. Not that I have seen the movie, but I have seen the cover…I guess. This is where we then had a delicious lunch.

Next we flew over the Bagley Ice Field, the largest nonpolar ice field on the planet. It is around 200 miles long, much bigger than the state I was born in. It felt like the edge of the
world, which seems to happen a lot up here. We landed near a pretty glacier-made lake.

We were flying over and Paul comments, “that looks pretty, I want to land here.” More evidence that we were interfering in his Alaskan adventure. We were on the ground for about 20 minutes when Paul noted incoming fog and said we had to get out of here fast. As we were loading up the plane he commented, “4 days is the longest I have been trapped on a glacier with guests because of weather issues.” Wifey panicked and I started moving slower, I would love to hold a record with Paul Claus. From here our final stop was atop another glacier, a feeder glacier for the ice field. This was most impressive. There were huge crevices, several ice caves, moulins (deep holes drilled by moving water), and tons of naturally made wonders in the ice here. Paul had us hopping over crevices and trying to lure us into ice caves. It was surreal. The kind of stuff that only happens to other people. The entire time we were here we could you hear what must have been the start of an avalanche somewhere. Giant snaps and cracks from high above us. The sounds were distant, but not that distant. Paul never panicked so I knew it must be ok, no danger.

Somewhere during the day Paul was in an area that he said was labeled on an old cartographers map as Natural Arch. He has searched for this “Natural Arch” for years but eventually kinda gave up. He said his son found it the other day from the air. So, since this was Paul’s Alaskan adventure, we did a few circles in the air looking for it. Wouldn’t you know, since he was with the Lucky Boy he spotted it. He was genuinely excited like a little kid. Here we went for a few more laps while he rejoiced in the siting and took some pictures. Both hands off the wheel to take pictures, naturally. He then showed us a mountain that recently broke. Yeah that’s right, a broken mountain. A few weeks ago a mountain collapsed around itself. There was broken mountain remnants scattered downhill for at least a mile. Pretty fascinating to know that a mountain can break.

We feel like we are in the presence of royalty up here in Alaska around the Claus family. Not sure that we have felt like that anywhere else we have been. They definitely have the unique adventure and customer service racket aspects perfected. Way to many pictures HERE. 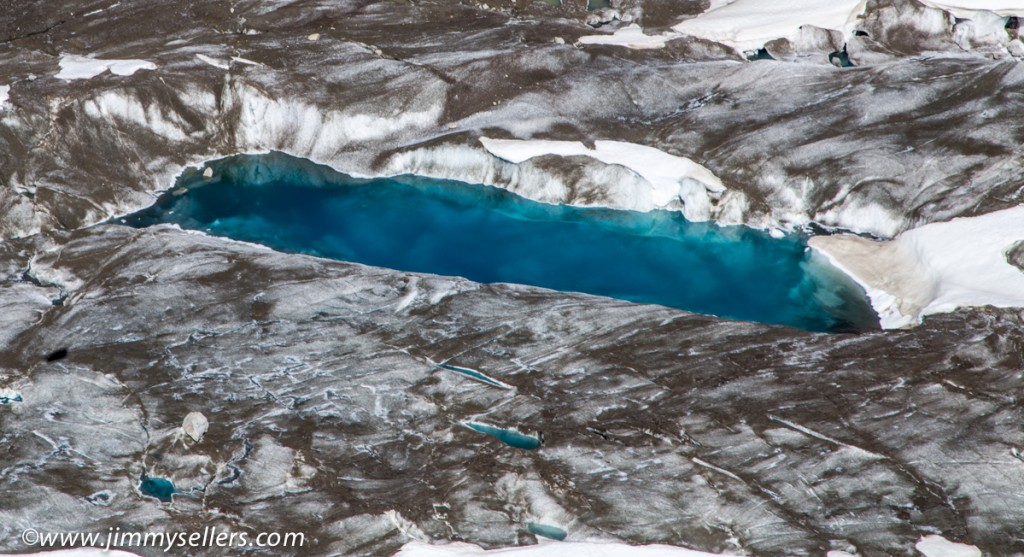